The TABERNACLE: From the Latin tabernacolum and taberna, i.e. hut built with wooden boards (= temporary residence). The Latin word tabernaculum was used in the Vulgate to translate the Hebrew word mishkhan, i.e. dwelling.  In the Jewish and Christian tradition it indicates the place of God's dwelling among men. Also called Eucharistic custody, it is a structure found in churches for the preservation of the Eucharist after the Eucharistic celebration, for Adoration and Communion for the sick and dying (Viaticum). With the liturgical reform of the Second Vatican Council the regulations on the use and location of the Tabernacle were revised.

The Instruction on Eucharistic Worship “Eucharisticum Mysterium” (Sacred Congregation of Rites, 1967) established that the reservation of the Most Blessed Sacrament should be separated, as far as possible, from the central body of the church in a special chapel suitable for the prayer of the faithful: “It is therefore recommended that, as far as possible, the tabernacle be placed in a chapel distinct from the middle or central part of the church”  (EM 53)

And as GIRM nos. 314-315 states: “In accordance with the structure of each church and legitimate local customs, the Most Blessed Sacrament should be reserved in a tabernacle in a part of the church that is truly noble, prominent, readily visible, beautifully decorated, and suitable for prayer. The one tabernacle should be immovable, be made of solid and inviolable material that is not transparent, and be locked in such a way that the danger of profanation is prevented to the greatest extent possible. Moreover, it is appropriate that, before it is put into liturgical use, it be blessed according to the rite described in the Roman Ritual. It is more in keeping with the meaning of the sign that the tabernacle in which the Most Holy Eucharist is reserved not be on an altar on which Mass is celebrated.”

Next to the tabernacle there is always a burning lamp, generally red because it is more visible; powered by oil or wax, it honors and indicates the Sacramental Presence of the Lord Jesus in the Eucharistic bread. 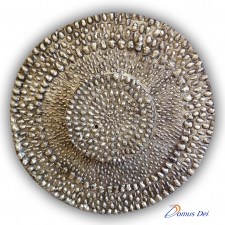 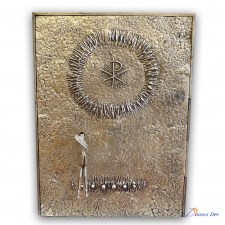 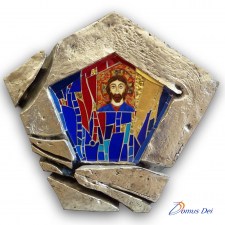 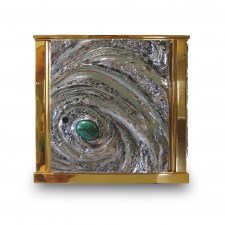 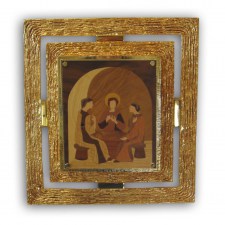 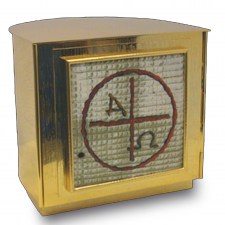 B06 35 - Altar tabernacle Alfa and Omega

B06 35 - Altar tabernacle Alfa and Omega 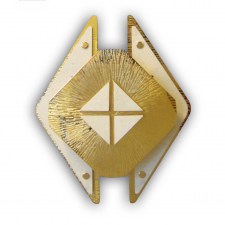